Hey children, such a big fuss!

… there are many titles that reflect the development of the former “Maximilian” colliery into today’s Maximilianpark. More than 100 years of mining history come alive in the Maxipark. The black gold of Maximilian colliery was supposed to bring hope to many people, but at first it only brought misery, hunger and the feeling of hopelessness.

Wars and economic crises in the years that followed led to nature reclaiming the area over many decades and the buildings of the former “Maximilian” mine decayed.

At the beginning of the 1980s, the city of Hamm decided to make the coal mining site usable again. The idea:

The gates of the State Horticultural Show in Hamm opened for the first time from 14 April to 30 September 1984. Within a few years, an impressive and literally unprecedented park had been composed and modelled into the first state horticultural show in North Rhine-Westphalia covering an area of 22 hectares. Art and landscaping, restoration and proliferating nature were combined and continuously developed over the years that followed.

After one year the horticultural show was renamed “Maximilianpark Hamm GmbH” and this remains a successful combination of various interests:

Visit a well-known leisure facility far beyond the city limits, visit our “Green Classroom”, a place of learning with nature and pedagogical experiences or visit numerous events and exhibitions on our theatre stage and in the green backdrop of a park that stands for a successful interaction between industry and nature. 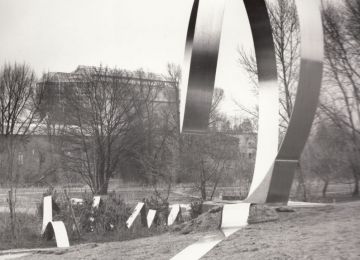 The park in numbers: